We will have a Sprint in late summer, from 05 to 09 September, which will focus on improving the TTW flexibility & hackability of Plone. Main focus is on tools like Mosaic, Rapido, Plomino and so on.
The sprint will be located in Leipzig, the fascinating city in the heart of Germany.

For more informations and sigh up see: Coactivate Page

We are looking forward to meet you in Leipzig!

If you have any questions just ping me.

For ideas and discussions about the future of Mosaic see here: Mosaic – the new layout solution for Plone

Plone Mosaic is reaching the first final release with 1.0rc1. Plone Mosaic 1.0 is now released. As usual with Mosaic, there's a single click preview installation available for Heroku: [image] A lot of bugs has been crushed. The most visible new feature is the new Layout -menubutton in Mosaic Editor, which (with proper permissios) allows to customize and save re-usable layouts directly from the editor. Thanks to everyone, who contributed. To try out Mosaic on Plone 5, you need to add plo…

To make the Sprint efficient as possible, I would like to have a hangout next week or the week before the Sprint.
So we can go through the Mosaic mile stone tasks and make a final plan what we want to achieve during the Sprint.

What do you think?

here is a doodle to find a time which fits for the most of us:
http://doodle.com/poll/digbivryqgyqf8kq

I put some ideas in here this morning - https://github.com/plone/plone.app.mosaic/issues/239
All a few enhancements to mosaics that make it possible to use mosaics for more custom search/filter and listing pages. Potentially replacing c.facetnavigation, c.listingviews and possibly PFG.

I'm still trying to work out if its feasible for me to get to the sprint, but I'd love to talk to anyone interested in these ideas about taking it further.

It doesn't paste well here but have a read - https://github.com/plone/plone.app.mosaic/issues/239 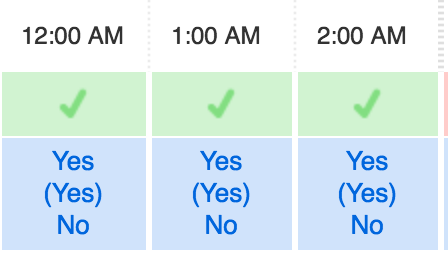 I assume there will be sprint tasks that can be accomplished by non-mosaic contributors like me so far.
I promise not throwing stones

I made a quick prototype of a custom search page with mosaic. Hope it shows how easy it could be to have something like eea.facetedsearch built into core plone and powerful that would be.

Now need to prototype how to make the listing part easier to customise ttw as per https://github.com/plone/plone.app.mosaic/issues/239

i choose the same range we use for training hangouts, so that people from the US can attend and also we in Europe here

@MrTango presumably the training team is only based in EU and US. The plone community is supposed to support diversity and that should include timezones too. Having a 3h range of timezones all past midnight for anyone in asia or oceania kind of sucks. #timezoneprivilege.

@djay in general a good point.
But we need a hangout date soon and all people attending to the sprint are from EU or US, that was the reason

@djay i saw you put a lot of Rapido tasks in the sprint roadmap.
Are you planning to come or attending remotely to the sprint?
Or is anyone else working on these tasks?

I think it makes sense that we have some sprinter to work on that and they should know what to do and why. So it needs a topic leader here

I was planning to come. Just trying to work out if its possible given my and my employees schedules. I haven't bought my plane ticket yet.
Remote sprint I assume won't happen as I've yet to see a sprint realistically support remote sprinters properly. Which is a real shame as again, not everyone is in EU and US. Technically its not hard. Every team just has to have hangouts and screensharing on while working. And every presentation has to be on a central hangout with a fixed schedule.

Cool, would be nice to have you here, let me know if i can help you some how.
Regarding remote sprinting, I'll try my best to improve this. Will have a permanent hangout/jitsi session in the main room. This will properly the room where the main reports are happen and most sprinters in this room will work on Mosaic. But also for the other teams, we can have a permanent jitsi session. I'll think about how to setup this.

@MrTango It's great that you would like to encourage online sprinting. I have notes about how to do an online plone sprint - http://plone.293351.n2.nabble.com/notes-from-running-an-online-sprint-Pacific-Rim-Sprint-td7567838.html

My experience is that a single permanent hangout is not enough. It doesn't recreate the ability for a sprinter to wander over and see what a team is doing and join them, or to have one on one conversations.

If you are really committed to making it possible for remote sprinters to contribute then I'd love to have a conversation with you about that.

We will meet here: https://meet.jit.si/PloneMephistoSrintPlaning

If that works well, we will use this service also during the sprint.

@MrTango I won't be able to make the sprint due to work pressures and flight costs etc. I also am unlikely to be able to stay up till 2am tonight to join the call. I think I've given my input already on what I'd like to see sprinted on.

I think if there is a plan in place to ensure that each team has its own slack channel or gitter channel (or even irc channel), and these are easy to find, and all members of a team are available online there, then this would be ideal. Imagine at a sprint, where someone comes into the room late, they need the ability to walk over to the team working on what they want to contribute to, and start talking to whoever is the most available.

It's very frustrating to want to contribute, turn up and have no way to talk to the right people to find out how.

Please note, that a single hangout or channel is not enough.

fun photos of the sprint