After two years of working from home, sprinting remotely and meeting via video conferences the Buschenschanksprint was for many the first occasion to see each other in person.

And meeting in person was amazing. We had many discussions, demos and stand-ups which seemed just more effective than what we had over video conferences. Not that video conferences are ineffective, but it was high time to meet in person again.

The beautiful landscape of the "Südsteirische Weinstraße", the Buschenschankjause and a glass of wine or two in the evening was also a fine thing to have.

We were at most 18 people directly at the sprint and two remote sprinter.
The weather was fine, we could work outside and inside, on the terrace or in the arbour, depening on preference.
The space was big enough and the internet connection absolutely sufficient.
We had some people in tents, 8 people in the "Ferienhaus List" and the rest at the Apartment "Sonnenberg".

For dinner we went to nearby Buschenschenken, to a Restaurant and did some BBQ ourselves.

This years Buschenschanksprint was a strategic sprint for the second time.
We had a lot of plans of progressing Plone and related projects, and we did achieve a lot.

JavaScript update and module federation integration of plone.app.imagecropping and collective.collectionfilter

plone.app.imagecropping and collective.collectionfilter were chosen as two community add-ons to test the upgrade path to the new Patternslib code base and Webpack Module Federation integration.

Work was done on a automatic migration path from Classic UI to Volto.

mxdev / mxmake should replace buildout in the future and support pip based Plone installs.

YAFOWIL is yet another form widget library. It's not in core Plone but used in quite a number of community add-on packages. It provides a declarative approach to define forms and an easier API to handle form processing.

Pat ourselves on the back. In Plone 6 we achieved:

Yes, we did all this. If one would have presented this impressive list to us some years ago, before all that happened, we would not have believed that this could be done.

This was not one big jump, but happened step by step.

But what are the next big topics in Plone? What are our pain points and what should be improved in Plone 6 Classic and on the backend?

We discussed this topic and came up with the following list.

Please note, this was a brainstorming session. It does really not mean that this will be implemented or done any point.

However, this is it:

That was the Buschenschanksprint. We're already looking forward for the next one! 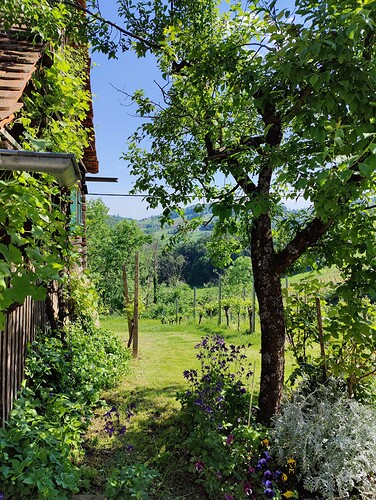 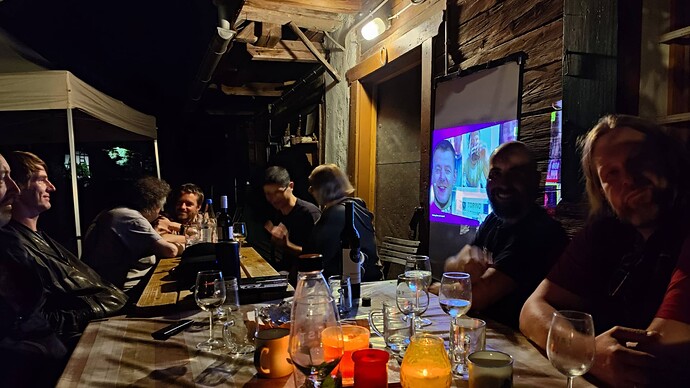 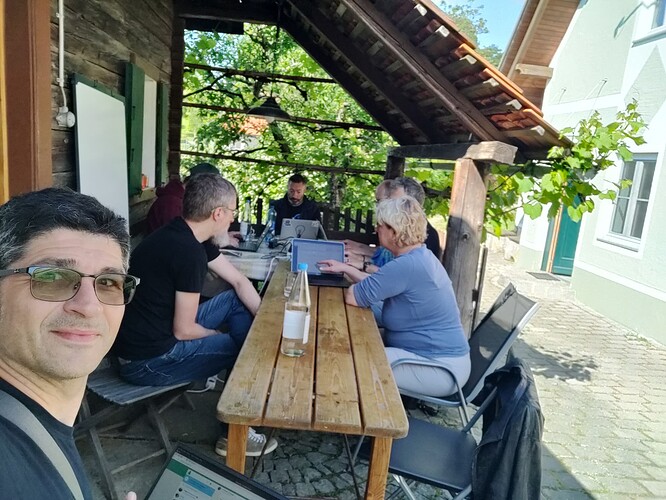 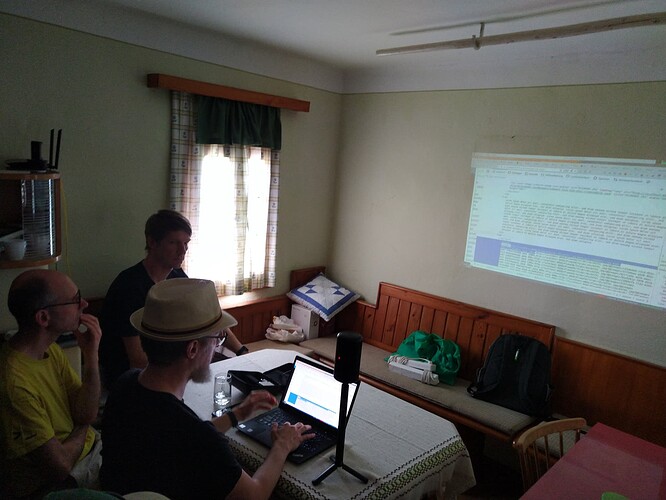 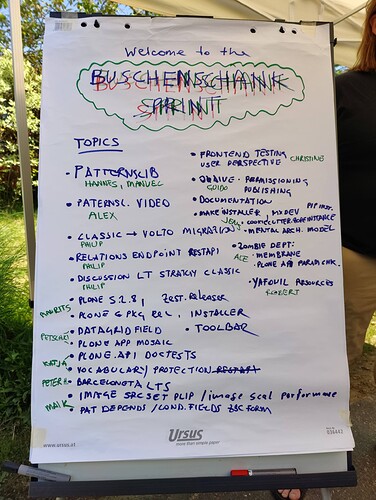 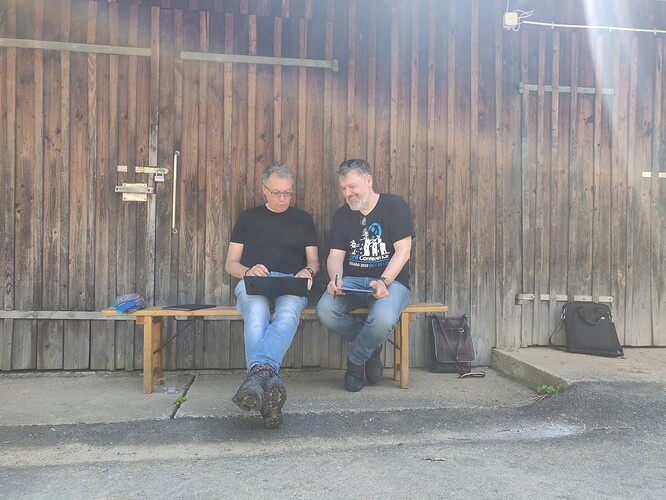 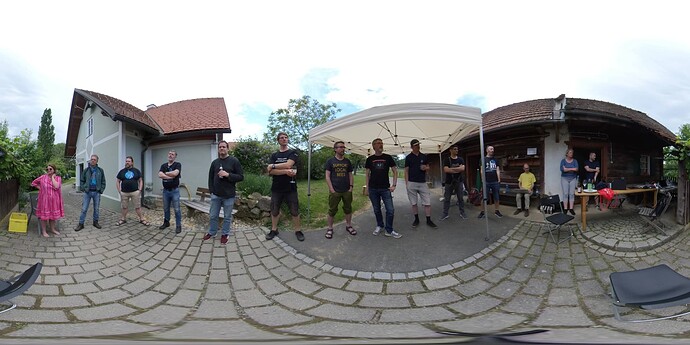 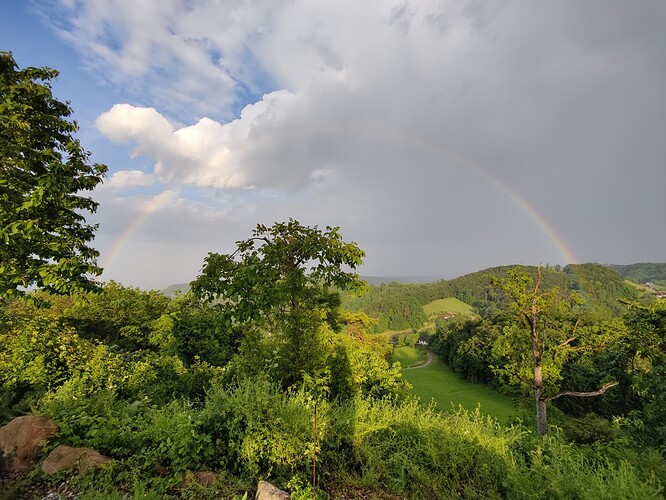 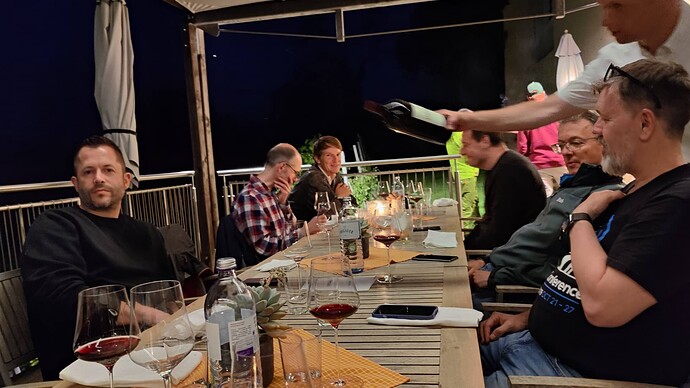 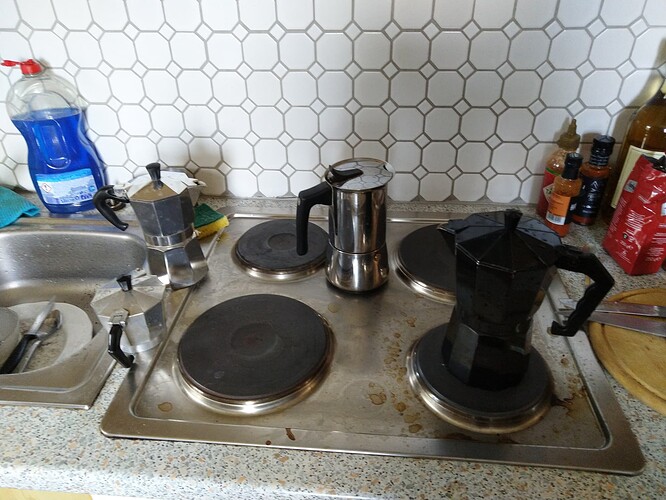 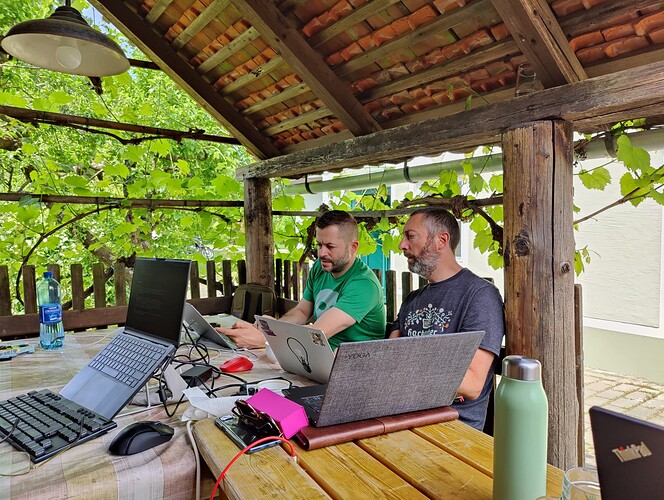 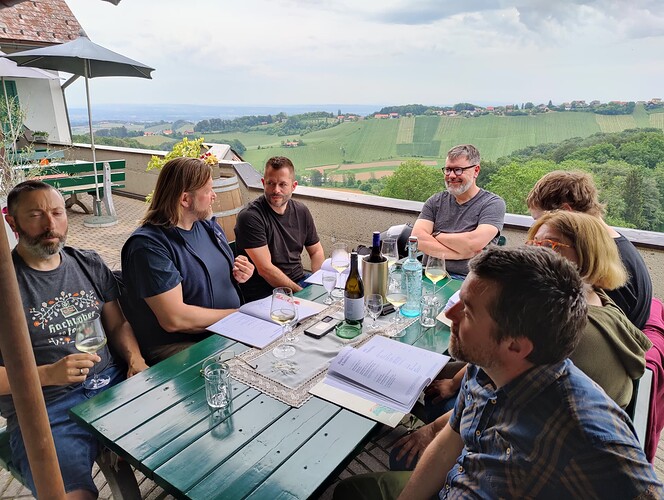 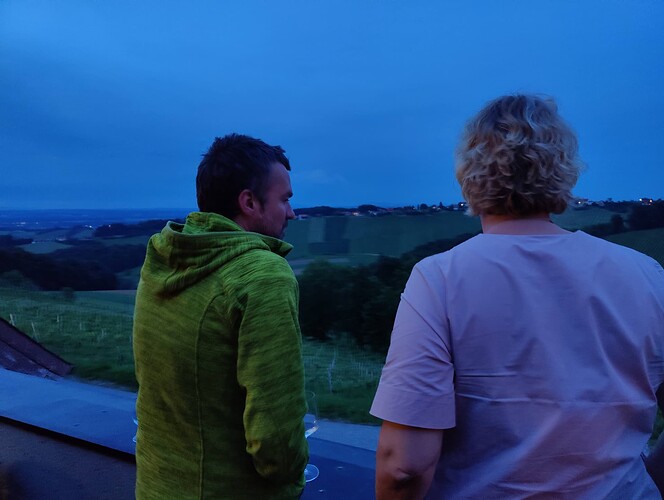 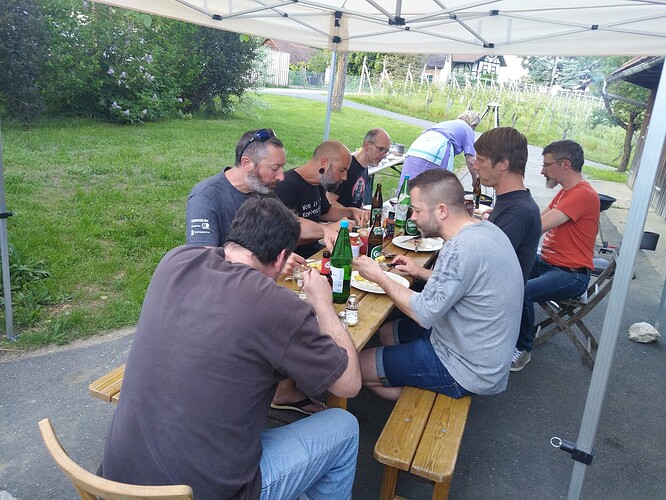 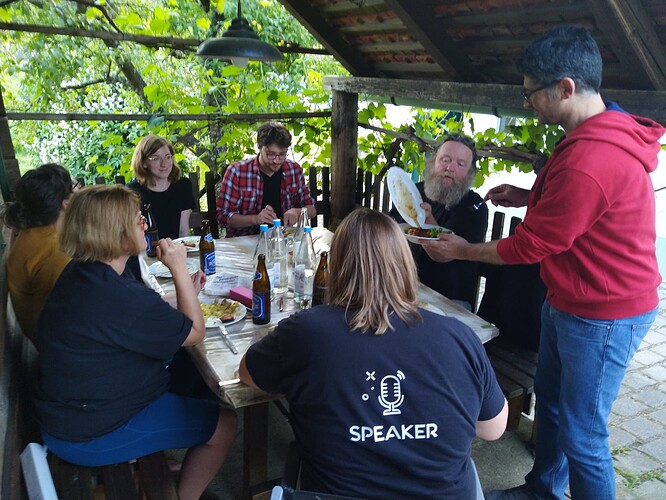 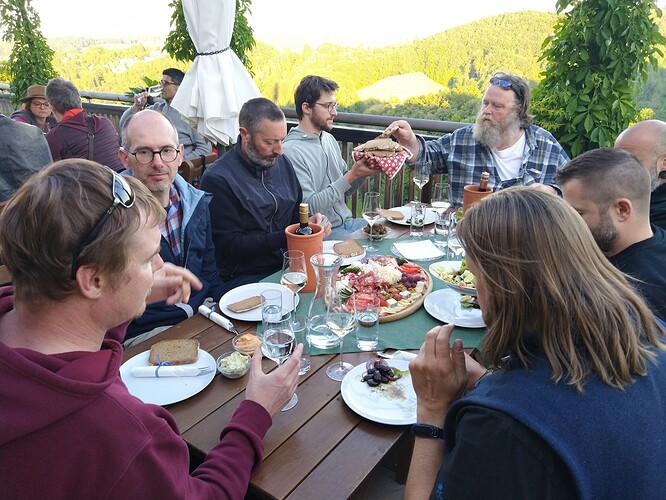 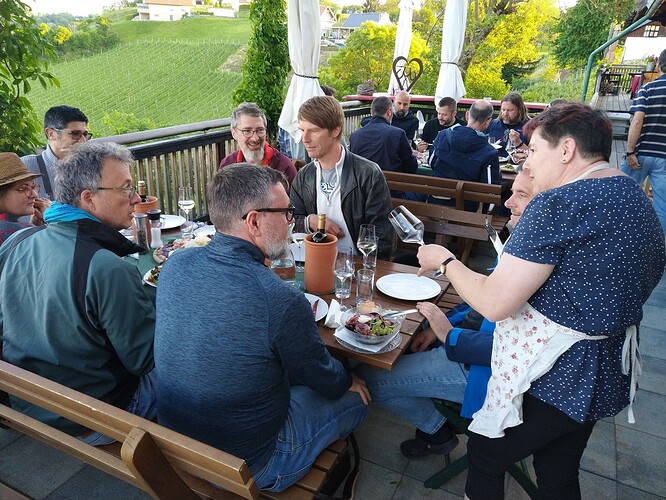 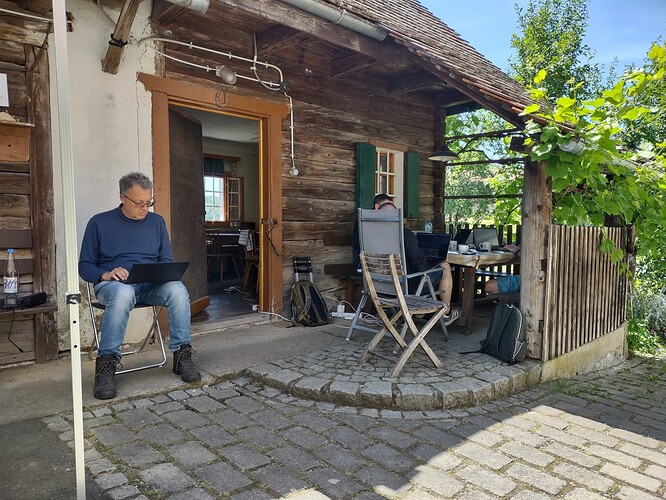 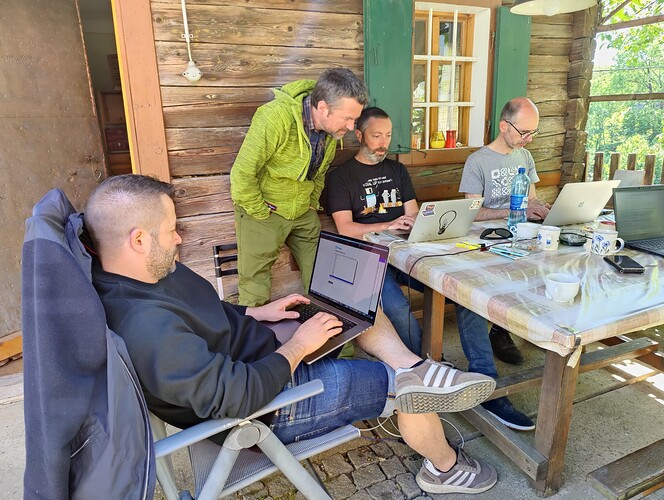 Thank you Johannes ! It was my first Buschenschank Sprint and definitely not the last one. What a blast ! And so much progress made and work done

Some glitches are still there but the main functionality is ported to ES6 and Module federation.

PS: last week datagridfield got an update which delivers the JS resources via module federation and you‘re now able to define the widgets in the DictRow Schema with plone.autoform hints.

thanks Hannes for organising the buschenschanken sprint!
as always: big fun, great landscape and awesome atmosphere.