We need a way to highlight @vicodin 's great new Plone themes created as part of Google Summer of Code 2016... (also need a Plone.org news item to wrap up GSOC...)

Welcome to the last GSoC report.

We should show them off (along with other current themes) on plone.org in the download section, with nice screen shots. On GitHub, the theme add-ons other than Vikas' in the collective are mostly missing screen shots.

Thoughts on how to curate them? We should also allow seeing them based on Plone version compatibility. @polyester @sneridagh @loechel @Alexander_Loechel

Clean Blog theme for Plone 5. Contribute to collective/plonetheme.clean_blog development by creating an account on GitHub.

A flat theme for Plone 5. Contribute to collective/plonetheme.spot development by creating an account on GitHub.

A theme for Plone 5. Contribute to collective/plonetheme.booster development by creating an account on GitHub.

A theme for Plone 5. Contribute to collective/plonetheme.business_casual development by creating an account on GitHub.

A Theme for Plone 5. Contribute to collective/plonetheme.future_imperfect development by creating an account on GitHub.

could we consider putting them in buildout by default?
Those that know alone can just remove them, new Ploners will be happy (?).

(can't see that they will break anything)

Since they'll be Diazo themes, I would think they'd be downloadable as zip files and uploadable to your site, entirely through the web. So... no need to involve buildout

Continuing the discussion from Successful Google Summer of Code 2016 Projects:

the Plone.org/download page now has a section on themes. Yes it's a (slow) start, but it's a start. There is a folder in there (currently excluded from nav) for themes, for when we are ready to do something more significant and less manual perhaps. Then we can have the theming control panel include a link to (for example) Plone.org/download/themes or somesuch.

We need a pypi trove classifier for Plone themes, e.g.

Who can set that up?

So far here are the only Plone classifiers:

Just realized I never posted that the classifier was approved and added!

@enzus kindly tweeted this: "Hey @Plone community, have a look at this for possible inspiration: make.wordpress.org/core/2017/10/2… thanks @folletto for co-designing and sharing it" 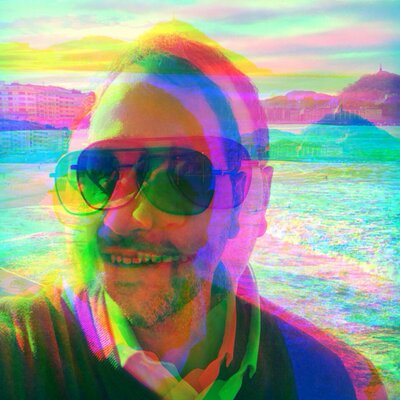 Hey @Plone community, have a look at this for possible inspiration: make.wordpress.org/core/2017/10/2… thanks @folletto for co-designing and sharing it

A New Themes Experience in the Customizer

WordPress 4.9 introduces a new experience for discovering, installing, and previewing themes in the customizer. Building on efforts during WordPress 4.7 development, this project prioritizes user f…

I am not sure if we should put too much effort into how to 'show/preview' themes.
Our main problem is that we have far too few themes.

For 'the target audience' that wants to test Plone, it probably does not matter if the front and backend is different (so is most of the competition) as long as we state that 'it can look the same if you put some work (or money) into it.

Thanks Espen. Yeah, you are right. @b4oshany's work improving the theme editor will help make it easier to develop themes, rather than putting emphasis on showcasing themes. Even so, as we get more open source themes (or even paid themes), it will be nice to preview them on your site.

Yes, that is part of the problem. I don't think we can expect new users of Plone to 'find something somewhere on github', then download it and try to understand how to install it.

In my opinion: A fresh Plone install should include at least a few themes...

Well yeah the ploneconf themes are not general purpose, even though they are (IMO) very nice looking. They would not make ideal shipped themes.

If we want to ship themes with Plone OOTB then we will have to (as a community) maintain the themes. We need help with the five that @vicodin created that I've put on the plone.org/download page.

We also need a more general 'call for free themes'.

If we want to ship themes with Plone OOTB then we will have to (as a community) maintain the themes.

I am not sure about that.... If we 'describe them as not part of Plone' (or at least, just comment them out in buildout.cfg), I still think it is better than 'nothing'.

For example: When one installs Wordpress and add a theme (or an add-on) and there is 'something wrong with it', I don't think people consider this 'a bug in Wordpress'.

And, after all, the themes are intended for 'entry level users anyway', for 'critical sites' people will probably make there own themes anyway.

I don't think it's a great idea to ship themes that are buggy... at the very least we need to fix the obvious bugs. We would get burned when a newcomer tried them out and immediately found bugs; they would come away thinking that the quality of the shipped themes was a reflection of the quality of the underlying software. The reason we include PloneFormGen in our buildout.cfg (commented out) is that it really is a top flight quality add-on.

However, I wholeheartedly agree with your overall suggestion of shipping at least one more lovely theme with Plone, or making it super easy for someone to view a plone.org theme gallery from their @@theming-controlpanel and download/install one of those themes.

I don't think it's a great idea to ship themes that are buggy...

This one kind of nails it. For me it’s very hard to believe in ”gallery of Plone themes”. Theming Plone is easy, but building a complete generic ”not buggy” Plone theme is hard. Affordable Plone theme is usually limited to support only some limited use cases.

What we could maybe do, is to ship a bunch of pre-customized Barceloneta themes. Like with a dozen different color palettes. And maybe we could have a version of Barceloneta with real CSS variables to allow easy customization without ”building less” (http://caniuse.com/#feat=css-variables).

Good idea.
Keep in mind that 'too many settings just confuses users'.
I used 5 ( They are here: https://github.com/espenmn/medialog.subskins/tree/master/medialog/subskins/skins/subskins_colorschemes )
I used to 'work around this by using percentages of the colors.

I don't think that is possible with 'css-variables' (but is in some of the others, I think.... or it can be done in a browser view (as I did back in the days)…)

I have quite a few CSS files (and some rules.xml) we could use, but I need help from someone with good diff knowledge to 'reverse engineer' the CSS to LESS or something else...

Versions with different colors could be generated with just by customizing Barceloneta variables and rebuilding it. Even TTW, I guess.

Now: I have 'theme.less' which imports 'theme-variables.less' (font sizes and colors).
Would it be possible to do something like:

To answer my own question:
The solution is to put the theme.less in one folder and the variables.less in the red-theme folder.
In theme.less, just import 'variables.less'

See the docs with screenshots at https://plonethemebarcelonetang.readthedocs.io. The zip version can be downloaded from Github (it requires https://pypi.python.org/pypi/spirit.plone.theming for changing the options when uploaded TTW).