Your should look at https://github.com/collective/collective.easyform instead. It already contains some enhancements. The quintagroup repository looks unmaintained - they did not answer pulls/questions on their own repo since quite some time.
Also, this should be discussed with @smcmahon to align with his plans for PFG. I like the easyform approach of reusing the Dexterity schemaeditor instead of building forms out of content-objects.

There is also plomino which had a plone5 compatible branch and allows more flexible forms by allowing forms to be designed as rich text rather than only linear. It also allows for forms to change based on answers dynamically.

I am 3rd year undergrad majoring in CSE.This is my first gsoc although i have a good programming background.
Ideas:

There's a lot that can be done to improve Diff viewer and also I would personally like to introduce new theme pack that will certainly be suitable for different customers in different Industries.

Exciting themes can be developed using some CSS and serious jQuery. Attractive themes are what drives customers towards our organizations and I know how to do that!

We can use different layouts and widgets for different parts of webPage like inputboxes,datepicker,easings,spinboxes,sliders,progressbars,tabs and also accordions.
Improved and attractive dialog boxes can also be considered for themes.
Autocomplete widget without causing much of a burden on web server is an integral part of jQuery UI.

Using the concept of elegant minimalism we can design exciting and lucrative themes for Plone users.
There can be few modifications to 'sunbursts' theme of Plone4 and new version can be designed, that may be more appealing to people searching for company's intranet themes.

New and more powerful patterns for plone.footerportlets, plone.leftcolumn can be introduced using jQuery UI along with incorporation of its themes.

I'm pleased to announce that we have been confirmed as a mentoring organisation. Please shout and I'll add you to the app as a mentor.

Sorry for the late reply. I could do this, but you've got the experience of being in their shoes, wouldn't you rather go through it with them?

Hello. I'm a CS undergrad and new to Plone community. I would like to get involved in Plone development. I have gone through the idea list and willing to get my hands wet by fixing some issues listed on the bug tracker. I have experience in development with Python. So can any mentor could assign me a specific issue that would help me get started ?

can we discuss about integrating more themes in Plone?

Here is another GSoC idea:

The student should have basic JavaScript knowledge and idealy some experience with one of the modern state-of-the-art JavaScript frameworks. I don't care if its React, Angular 2, Ember or whatever. My personal preference would be either React or Angular 2 though.

As a starting point, students could look at the Angular 1 prototype I wrote some time ago, not sure if it still works though: 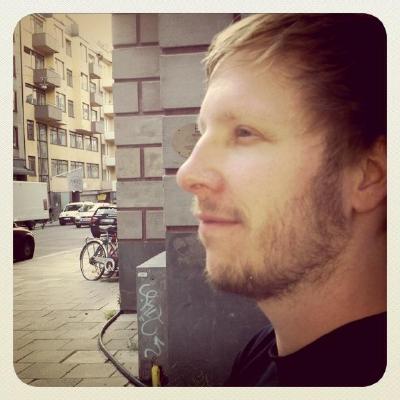 I would be willing to co-mentor this and I'm looking for another mentor since I won't have enough time this summer for a full mentorship.

Hey I love that idea Timo and I have a studient that is a JS ninja that would love to do that. If you want I can mentor this project!

That is just awesome!!! I guess the project will be Angular 2 then.

(I can co-mentor and help with the plone.restapi part if you want)

I also have a studient who was really interested on webob integration, its a really smart guy, I'll send him the information.

Yes, of course, she loves React/Angular 2 and will be awesome to have you as comentor!

9 posts were merged into an existing topic: Guidance on Plone Theming for GSOC

7 posts were split to a new topic: Guidance on Plone Theming for GSOC

Hello, my name is Jordanne. Im an undergrad at the University of the West Indies - Mona interested in plone development. I've had experience with python, html and css. Currently working on a few bug fixes using plone via c9.io

How many add-ons would be acceptable?
My hit list includes
webcouturier.dropdownmenu and one of the carousel add-ons.
I think porting two would be a reasonable target.

Since no one else has said hi.... welcome @jordnv (don't know if it counts since I also happen to work part time at that University)