Guidance on Plone Theming for GSOC

I need some help integrating collective.js.jqueryui add-on into Plone, to let my script work in Plone.When modifying a theme in plone control panel i get some unexpected errors in --.min.js file that were not there when i tested them on my browser..

@kkhan I think I'm speaking for the core group here when I say we aren't going to be interesting in anything that depends on jQueryUI unfortunately.

If you're looking to integrate more rich UI into the theme, please consider plone's integration of http://patternslib.com/ and Plone's own patterns in https://github.com/plone/mockup

And of course, there is also CSS 3 features

I don't think downloading separate files(javaScript) for every new widget we need is a good idea, instead we can do it as all-in-one.

Furthermore if core group is not interested in adding more themes why was this listed on their ideas page?

Sure, we're not doing that.

Furthermore if core group is not interested in adding more themes why was this listed on their ideas page?

@kkhan
You're going to need to give me more details, a specific output or screenshot would help. 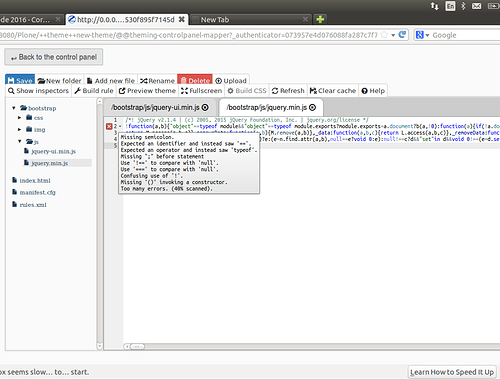 You see there are lot of errors on line 2 but when i tested it on browser separately it worked...I can attach u entire .js file if u want, https://ajax.googleapis.com/ajax/libs/jquery/2.1.4/jquery.min.js
Secondly i wanted to confirm is it not recommended to use jQuery while writing themes for Plone, as @vangheem suggested ?

I have some of my recent developments in 'themes' on my git account. There are some standalone widgets that can be used as well on webpages. 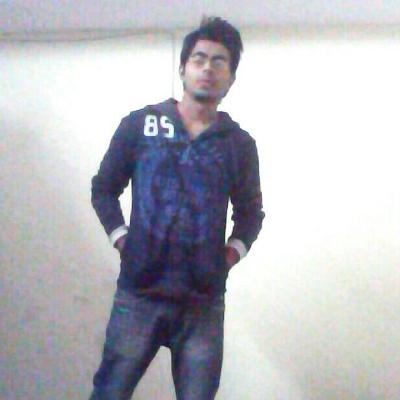 Some of the recent work on web architecture and some old Java projects.. - khanstark/hello-world

Have you installed and used Plone yet? You'll need to look at how you move your theme into Plone.

Yeah i have already started to use plone but not done much work on it.I just need to know that what types of new themes we are looking for, just to get some direction.

As far as moving themes into plone is considered, i have started reading Diazo documentation and will soon be done with it.

I have built few HTML and JS mockups just to get started.

I recommend starting a new conversation not continuing this on the "Summer of Code 2016" main thread.

maybe someone can split this conversation about jquery ui to another topic? Looks like, we need a channel for communication with GSOC students.

This also raises the question what to expect from GSOC students. I think we can expect from every student who is interested to first follow parts of Plone docs, e.g. the training material. If I'd mentor a topic, I'd also expect funded knowledge with the programming language and processes we're using and which are needed for the GSOC topic.

It's better to keep this thread free of guidance into Plone and focus on collecting GSOC ideas.

@pigeonflight just wanted to know whether I should continue writing jQuery rich themes or it is not recommended by the community? I might switch to css3 or plain JS or something like that early on.
Thanks..

As you might have noticed, as a moderator I splitted the thread so your question can be discussed further here.

I think jQuery is fine; it's not fine to use jQueryUI, is what I think @vangheem was saying.