Unable to start Volto correctly. The Plone backend is fine. Volto fails to compile using yarn.
What other steps should I take?

I thank you kindly.

Screenshots are available below: 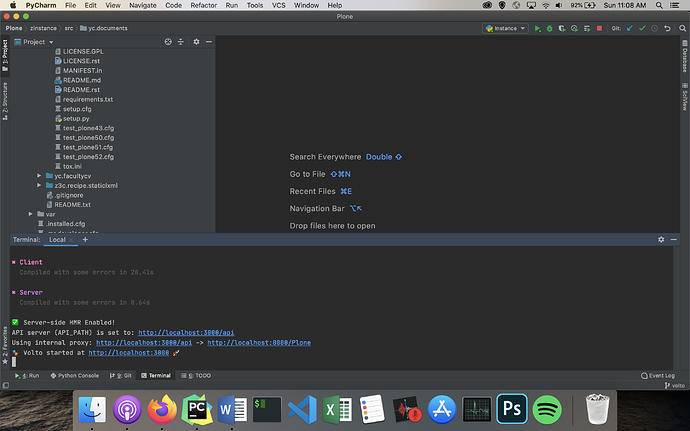 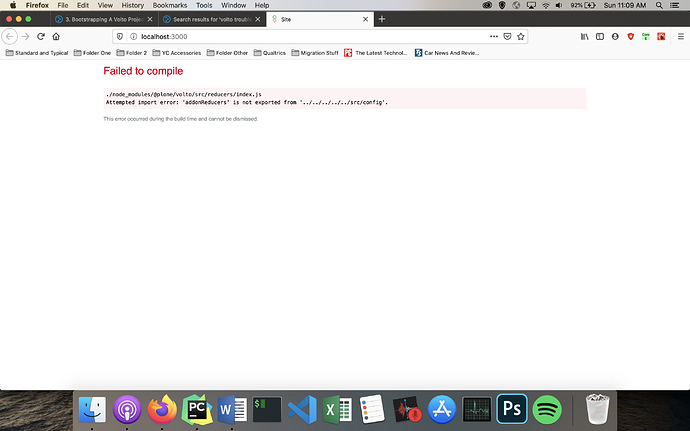 Can you please provide the commands you run and the full error trace? Are you using create-volto-app? Do you run "yarn start"?

For the commands, I used "npx @plone/create-volto-app volto" to create the volto instance. I also ran "yarn start". 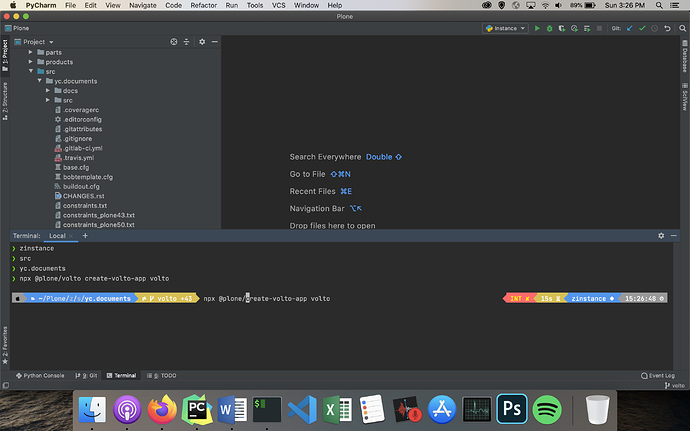 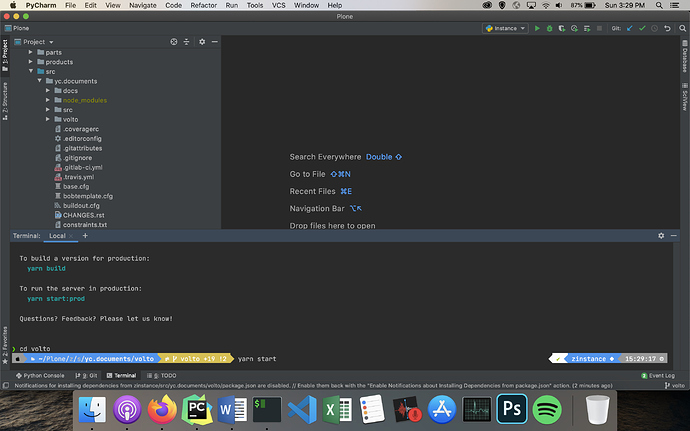 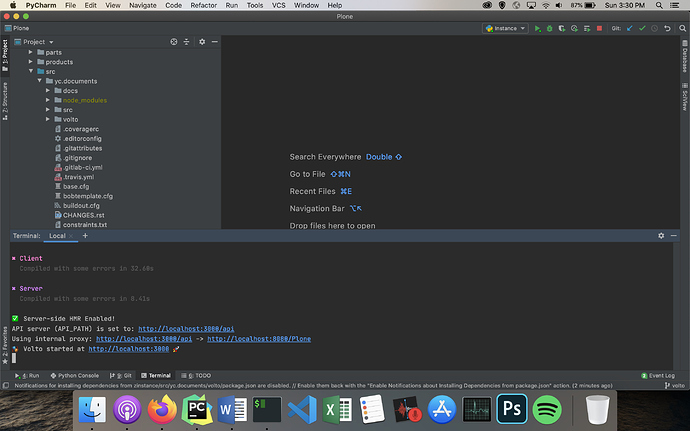 @rbrown12 could you please provide a full text-based traceback? The screenshots do not really help to see what's wrong.

I get the same issue with create-volto-app 6.0.0 after I manually updated it to Volto 6.2.0

There is not traceback except for the error in the browser. Nuking the frontend and recreating it with Volto 6.0.0 works.

@tisto I cannot find the traceback except for what is in the browser. This is what it shows in more detail looking at the console information: 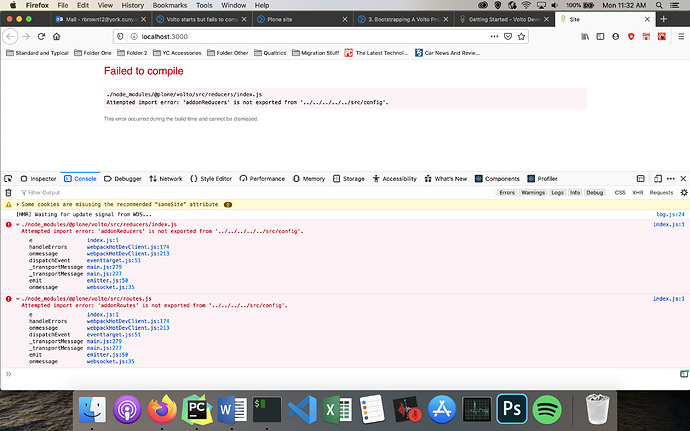 I can reproduce the problem and I have a hunch what caused this. We need a new release of create-volto-app. Would you mind creating an issue on the Volto issue tracker?

I fixed the problem but somehow the submodule is not populating in latest release npm version i.e 'volto-starter-kit' but if you install using git versioin it should work.

It works! Thank you!