The very weird thing is that starting zeoclient after haproxy yields CPU 100% BUT shutting down haproxy has no effect and the cpu still remains stuck on 100% of load (the process that loads the CPU is the /plone/instance/parts/instance/bin/interpreter one).

I have reproduced the problem using official vanilla plone docker images and eeacms/haproxy on two different linux distributions (different docker/docker-compose versions) so I'm pretty sure it's a deterministic issue. 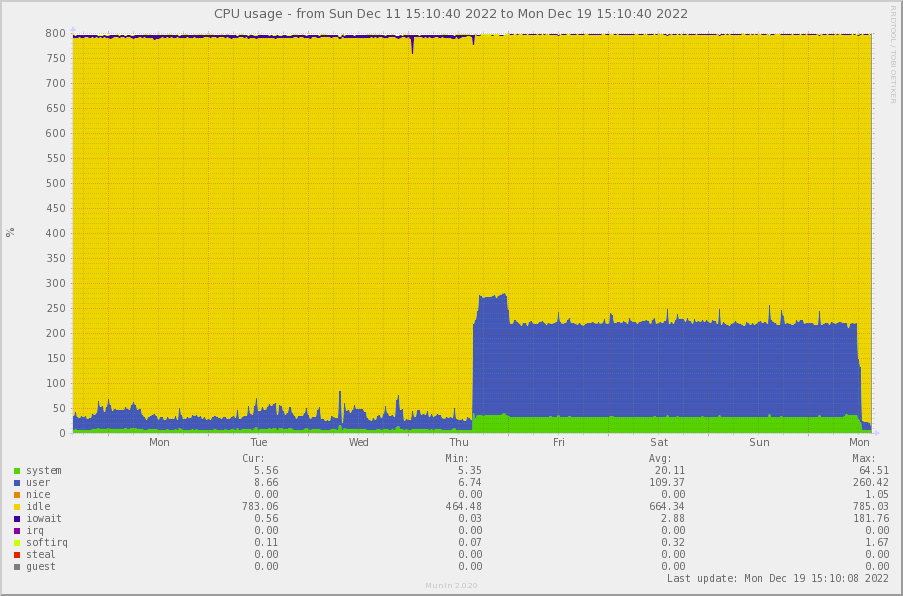 Starting a Plone5.2.9/5.2.8 in a local buildout behind the same eeacms/haproxy docker daemon is free of this issue so far.

My Projekt runs on Ubuntu 20.04 and Python 3.10.9 with Plone 6.0-latest (Classic-UI) - nginx/varnish/haproxy with 4 zeoclients - default wsgi threads 4. After some content modifications the zeoclient(s) starts to have a CPU usage > 100% I dumped the threads of such a zeoclients with py-spy and got this: [py-spy] Any ideas whats going on here?

found that setting http-fast-listen = off in the buildout [instance] section, seems to solve the issue.

If you read further it didn't solve our problem. Switching to a different WSGI Server was our solution.

So also asyncore-use-poll=on was not helpful?