I have often some add-ons with some scripts that are run outside the control of the standard zeoclient as
bin/zeoclient run myscript. I want these scripts to be configured as console_scripts and created in the bin folder...the configuration is not the problem...the question is how to get hold of the app object...I know that this was possible somehow ...after after almost 21 years with Zope, we are all getting old and forgetful

https://docs.plone.org/develop/plone/misc/commandline.html#running-scripts
or what mean you with "hold"?

Maybe I miss the point here but "app" is just there. You can do:

My personal cheat sheet is in Plone itself, the first ~60 lines here:

I want these scripts to be configured as console_scripts and created in the bin folder...the configuration is not the problem...the question is how to get hold of the app object...

It's not exactly what you asked for but it is the closest thing I know of: you can use an entry point provided by Zope:

Then you'll be able to run this script like this:

I don't want to start my console scripts as

bin/instance run... injects the app somehow into the underlying myscript.py.

But calling bin/myscript just uses the standard Python interpreter (as shebang) without direct access to app. So either I need to magic to get app myself...I think the question is: how to open a ZODB connection myself for getting hold the app object...I think this question is a shame for the former Zope release manager 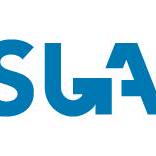 Base classes for running code as Zope console scripts - syslabcom/slc.zopescript

The key is passing in your zope.conf so the app can be set up.

Thanks, this was it^^