In one of my previous post, I mentioned that I introduced context menu for files on the Plone Theme Editor page, which allow users to manipulate files and folders by right clicking on an item within the file tree.

In this post, I'm requesting recommendations for operations, which you think should have a keyboard shortcut. Currently, I have the following implemented: 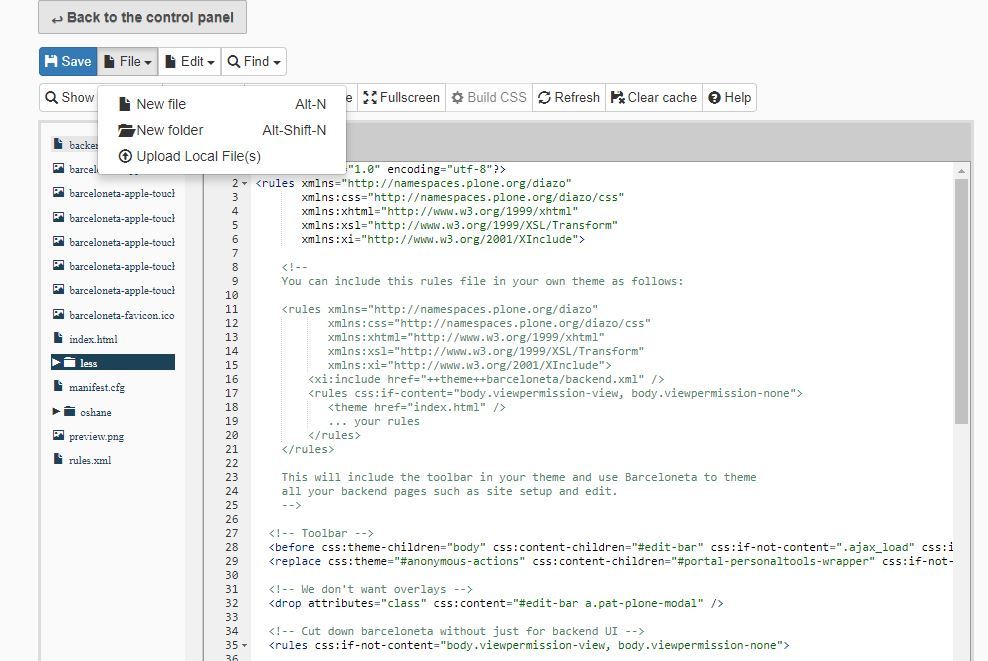 Ctrl + E - search for files that contain strings within the entire project or selected folder.

I guess I can change it to that if it is more command.

Is there a list of functions you have, and a corresponding set of short cut keys you've set (or not set) for each function?

The comments above make me wonder if there should be a way for a power user or admin to change or reconfigure somehow (doesn't have to be a friendly UI) the short cut keys for each function.

(As a Mac user, I would find the use of the Control key modifier nonstandard).

true... I assumed that it would swap to CMD on Mac.