Hi, i have created a site for own company in Plone5. www.biztech-resources.com.

it works fine and available online. now i wanted to to add some add-ons in my site like Products.PloneFormGen . i have added it in my buildout.cfg

the problem is that i want to restart my buildout but the command im using bin/buildout restart results in no such file or directory, i tried /opt/plone/zeocluster/var/zeoserver client1 restart as well but no success. i searched out the doc but only go the option of bin/instance restart

im using zeocluster with the client1, please let me know how to restart the buildout now, any alternate way of restarting it or am i making a mistake in finding out my instance.

Did you check the logs? Do the services work when you start them in foreground instead of daemon mode?

It really depends on how you installed the system. One trick you can do is run the following command:

This will give you a list of running services and their ports. What do you get when you run that command now?
Also, check to see if you are using supervisor with a command like:

This doesn't cover all the possibilities but it is a good start.

On one of my machines, I get the following output:

and sudo supervisorctl status gives me:

My guess: your buildout fails because dropdownmenu is not working with Plone 5, you will have to check out the Plone 5 version on github

(update) If there is an error when running buildout, those scripts (that starts Plone and the clients) are not 'made'.

So: your buildout did NOT finish, but stopped because of an error.

the problem is that i want to restart my buildout but the command im using bin/buildout restart results in no such file or directory,

Try re-running buildout with "bin/buildout -Nvvvvvvvv". This will give you more complete information about the build and package selection.

If it runs to completion, you should be able to restart your Plone using either supervisor or instance, depending on if you installed a cluster, or single instance, respectively.

Also, before you re-run buildout, you're shutting down the cluster or instance, right?

Also, before you re-run buildout, you're shutting down the cluster or instance, right?

I would say that this isn't always the best plan - if buildout doesn't run to completion then zeoserver and/or your instance(s) won't necessarily start again afterwards.

I'm not sure if you're testing in live or not but it's often a good plan to have separate environments in order to test things without impacting your live site(s)!

As others have mentioned, the first step is to make sure your buildout is running to completion?

It looks like you might be running things in the wrong directory. Can you confirm which folder your buildout.cfg file is in?

I would say that this isn't always the best plan

David Siedband . yes i made a mistake initially to make changes in the site on a running instance. now what i did is that i made a copy of my site and making changes in that. is that ok? 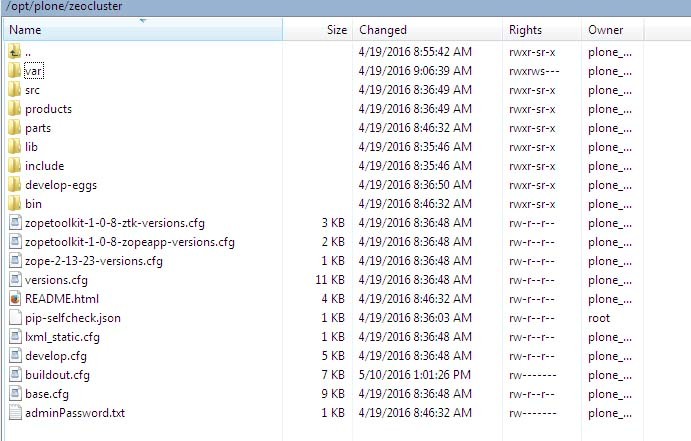 this is the path i wanted to restart my buildout but so far no success. i am using putty and plone5 installed on Centos

What does your bin/buildout file look like?
Specifically the first 3 lines?

here you go, that is how my buildout looks like and the first three lines of it. 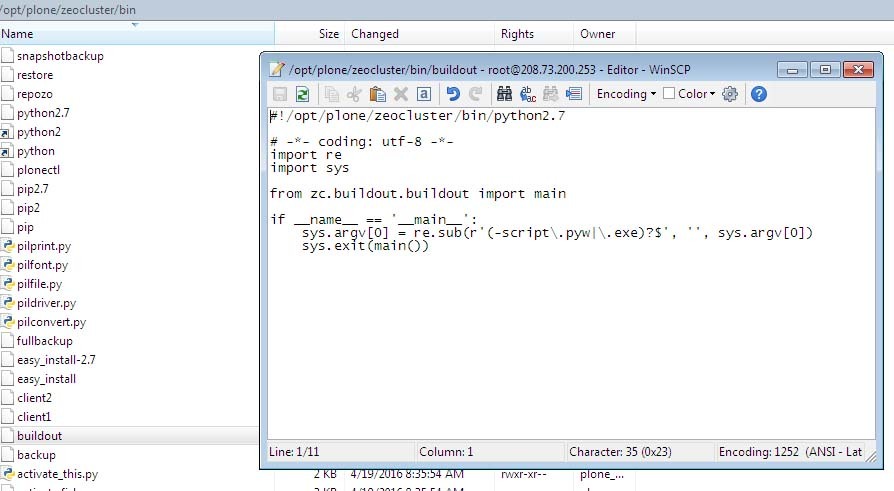 Still a guess, I think your issue is the virtualenv that the unified installer created.
Look in the bin/activate file, what do you see as the value for VIRTUAL_ENV?