Anyone know why Plone dropped off the “Collaboration and social software” line?
Liferay, drupal and wordpress are all still on it.
I used to use this as USP that Plone was one of the only single products that was capable in 3 or more areas. Most of the other vendors that cross lines do so with multiple products. 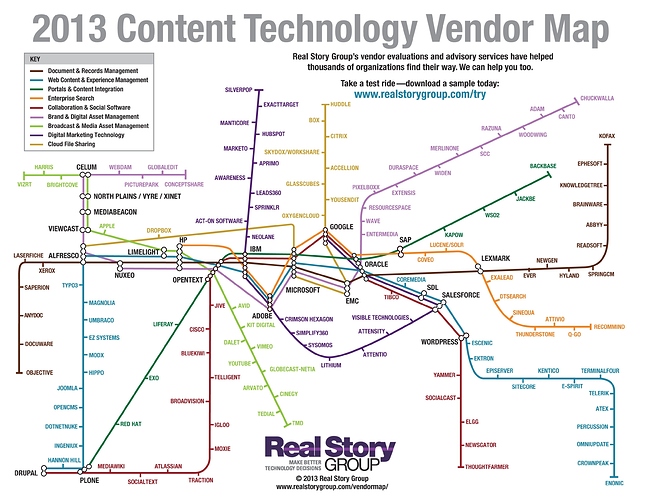 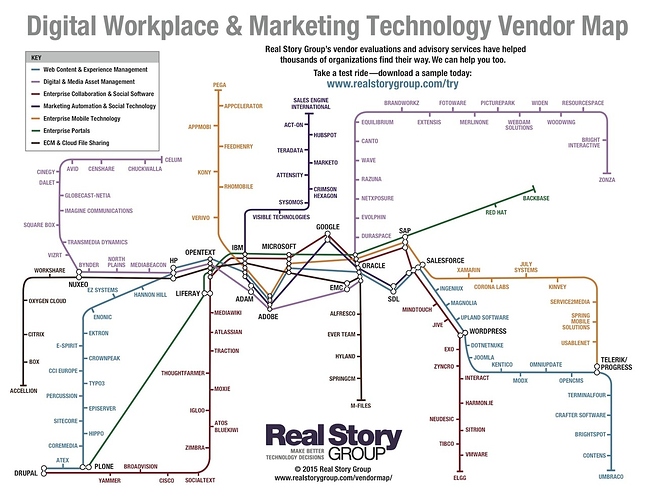 It's one of my objectives to win back that metro station...

I think that would count as a seperate product/vendor but hopefully not.
Thing is, plone hasn’t changed in this regard and is still used a lot of internets. So why was it on there and now off?

...and Plone was never really good with collaboration. Many add-ons never made it beyond a prototype.

And WordPress and drupal are better? They are still in that category.

Just saying that we often overrate and overvalue what we are actually having.

Yeah we could use some help with marketing. Launching P5, followed closely by the ploneconf, took pretty much everything we had.

Just saying that we often overrate and overvalue what we are actually having.