Just looking for best bets for Plone and Ecommerce:

Any thoughts on this, especially best bet for a Plone 5 deployment?

You should (also) have a look at : https://github.com/bluedynamics/bda.plone.shop

It has a more modern feeling, I have set up a few sites with it, like

@espenmn, thanks for that note, bda.plone.shop is now on the list. At my first glance I see that it has been updated in the last 3 months, it uses robot tests and appears to be built in a way that might work with Plone 5 (support or Dexterity and Archetypes).
Of course I will need to test it to see if my perspective is accurate.

I use Products.PloneGetPaid, I like the integration with PloneFormGen for custom check-out forms.

We have gradually transitioned from PloneGetPaid to using bda.plone.shop and find it has a lot going for it.

When looking at the available alternatives 1.5 years or so ago it stood out as being the most 'current' with a decent amount of activity taking place on it. I guess e-commerce add-on's are never really 'done' and there are always features that can be added and improved on.

I'm currently in the process of consolidating our local changes with a view to get some bugfixes and updated EN translations back into the core. Am happy to answer any questions you might have on the product

@ezvirtual and @rnunez,
Thanks for the feedback. Between PloneGetPaid and bda.plone.shop which is a better starting point for sellling intangibles? Think subscriptions or access to private content....

From using the bda.plone.shop - and various interactions with the bda guys responsible for writing them - the packages are written with some focus on being lightweight and extensible / supporting a range of independent use cases.

There's a current issue for discussion re: requirements for [Plone 5 support][1]

For a simple shop solution we have used ftw.shop, you can see it in action at https://denda.dantzan.eus

I'am one of the authors of bda.plone.shop and its ecosystem. Robert Niederreiter is lead of the project and @agitator, @thet and me are involved in depth. We also got already awesome contributions from the community. We never advertised it a lot and used it primary for our own projects, but its opensource with an open contribution model. So some like @espenmn @ezvirtual and others found it and used it!

bda.plone.shop is a micro-framework for shops. Its was made with the experience of PloneShop (Plone 1.0) PloneMall (Plone 2.0-3.x) and some minor special projects we're developed by us (BlueDynamics Alliance).

bda.plone.shop is very flexible and comes with a first out-of-the-box experience. But in fact it's meant to be extended with an own package for configuration, maybe own types, custom payments and all you need. Also we're very open for discussions and contributions to its core packages.

We're using it in very different projects. There is also bda.plone.ticketshop based on bda.plone.shop.

At the moment its not tested on Plone 5. From it's architecture I'am sure its not a big deal to make it work. It supports dexterity very well. All around new Resource Registries may need some love. We try so find some time at Plone conference to make it work with Plone 5.

sellling intangibles is no problem with bda.plone.shop. But we did it in past also with GetPaid. The problem we had with GetPaid (and why we started bda.plone.shop) is, its not maintained, code is distributed over several places and it's architecture in a bunch of corners imho is adventurous. If you have any questions just come back and we try to answer.

@jensens,
This give me some good context... definitely keeping bda.plone.shop on the radar.

@jensens - any update on the product. is it plone 5 compatible.

@espenmn - I have opened a post / suggestions that plone 5 can be used as an Ebook alternative. Would like to work with you towards creating a solution for this.

I think it is a low hanging fruit. I had not seen this thread before my suggestion.

At the moment we at BlueDynamics Alliance (lead by @agitator, may you please follow up on this?) are upgrading bda.plone.shop to Plone 5.

I know I should look at the repo first but......
asking first here about the status of bda.plone.shop and Plone 5 compatibility.

there has been good progress in achieving Plone 5 support, there's still some things left though.

You're welcome to help out getting this things done

We discussed ecommerce in Plone at the conference a little and there seemed to be a consensus that we should focus our efforts on bda.plone.shop and once it it polished and documented well enough showcase it prominently on plone.org to make ecommerce in Plone more visible.
At the pycon.de-sprint in Munich @gomez worked on moving bda.plone.productshop to Plone 5: https://github.com/bluedynamics/bda.plone.productshop/pulls

Following up on this topic. Has anyone implementing 3D Secure (https://en.wikipedia.org/wiki/3-D_Secure) with Plone ecommerce?

We just did the first implementation of stripe payments for bda.plone.shop 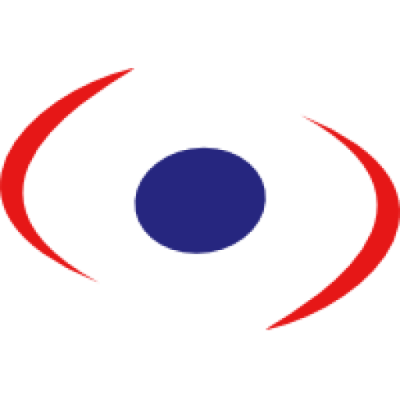 Stripe payment integration for bda.plone.shop. Contribute to bluedynamics/bda.plone.stripe development by creating an account on GitHub.


Stripe has support for 3d-secure https://stripe.com/docs/sources/three-d-secure
One can extend bda.plone.stripe by overriding the checkout.pt
1 Like
tkimnguyen (T. Kim Nguyen) October 7, 2017, 2:23pm #19

Sally and co. will be giving a talk on Jazkarta's work: