As you may already know, we are working on a 'makeover' of https://training.plone.org to create a better user experience.

This will be a static site, with information about the different trainings, the trainer and how you can contribute, the training docs itself will be written in rst, build with sphinx and to be linked to.

Here is what we have for now: 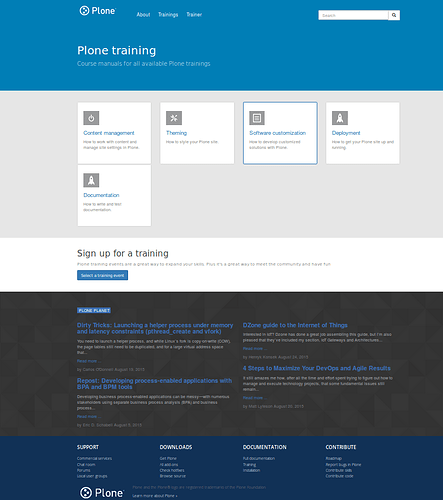 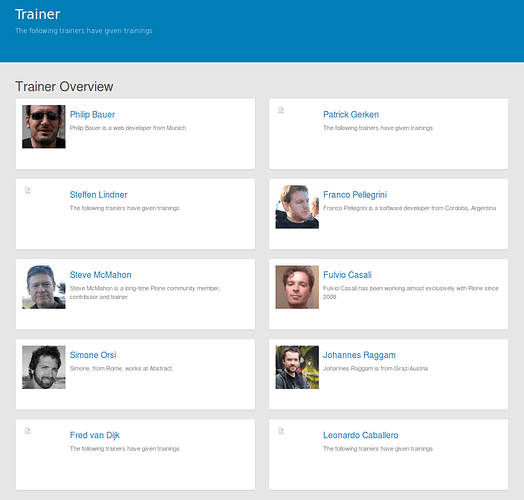 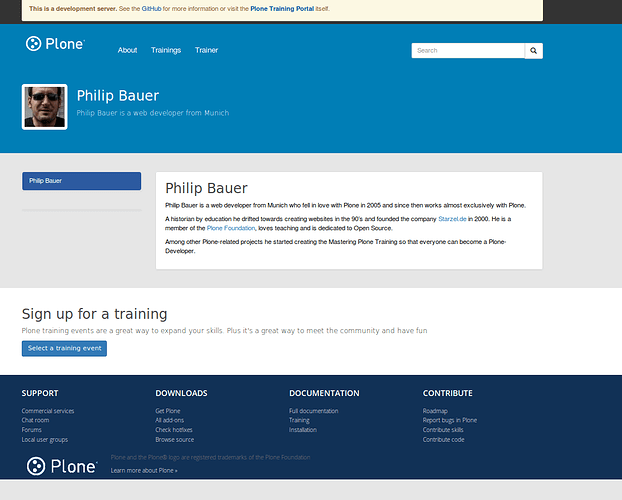 As you can see some stuff is still missing, but we are working on it.

[like @PloneConf2016] could provide us already with a short and nice bio, like who are they, what they are doing and so on.

I am wondering where we should fit 'Mastering Plone' in, looking through the mastering plone training docs, it touches various boxes. Should we add it as an extra box ?

How we want to deal with an 'external training' like the solr one ?

Any development effort takes content management as a given and is going to involve theming and deployment, in addition to software, and ideally also documentation.

A part of the 'all in one' overview sorted into categories.

One other point, who would be willing to write a short introduction about trainings and the whole motivation behind it, I would like to put that later on training.plone.org/about.

Mastering plone is more core developer training I think. You should probably have a section for that. 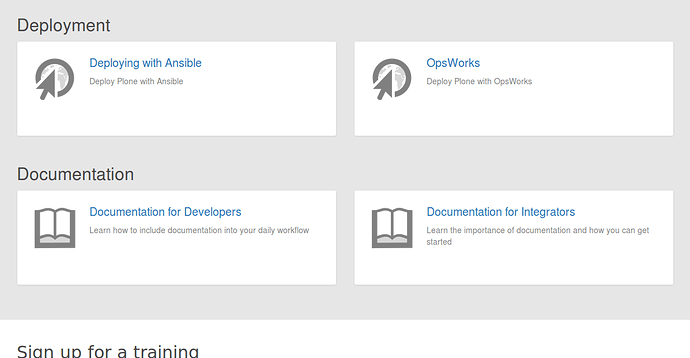 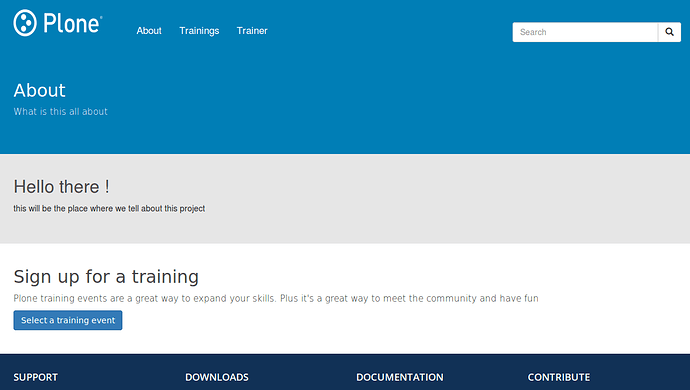 I can help with the descriptions, if I could get some time via Hangout with one or two people to talk to me about this site so I can ask questions.