I am not sure if I did not do anything or I am not able to determine how to use the plugin in volto. 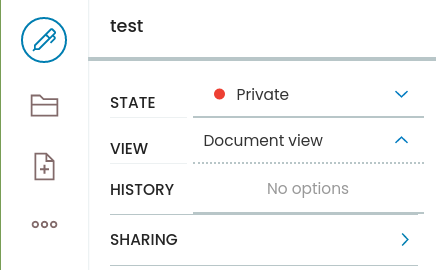 I don't think mosaic is Volto compatible (I wish it was)

You can use the egg kitconcept.volto in the buildout, it has some of the layout features of mosaic but it's not the same

Hi Nimish
Mosaic is an add-on for Plone Classic. Your focus is on Plone (frontend Volto). There are several UI add-ons you can use to assemble pages.

See GitHub - collective/awesome-volto: A curated list of everything that makes Volto awesome for a growing list of add-ons.

Thanks a lot for clarifying, I will look into those Volto addons.

There are several UI add-ons you can use to assemble pages.

Is there one that you recommend?

Well, plain vanilla Volto allows to create nice pages with text and images. It's ready to build a website.

It's not up to me to make recommendations, but if you want some more freedom, for example blocks with two or even more columns: GitHub - eea/volto-columns-block: A Volto block that provides columns of blocks.

There was the first of a number of small sprints on the Volto frontend for Plone 6 yesterday (Plone 6 Micro-Sprint — Plone: Enterprise Level CMS - Free and OpenSource - Community Driven - Secure). As you can read in the announcement one of the topics will be to look at further integration of the Slate editor, possibly as a replacement for the current one.

Slate editor is an add-on products for Volto and a possible replacement for the DraftJS default editor in Plone. We plan to evaluate if we could switch to Slate editor.

When you integrate (many) existing components there is the risk that some of them show more drawbacks/issues than anticipated or better matching alternatives show up later.

for example blocks with two or even more column

I have not tried Volto, but I looked briefly at this repo:

Is it true that it requires a lot of code to make one block ?
… or is there any 'plonecli' or similar way ?

When you integrate (many) existing components there is the risk that some of them show more drawbacks/issues than anticipated or better matching alternatives show up later.

I think that's the case with draftjs vs slate. And maybe at some point in the future we may look at the slate implementation in Volto and decide to go with something else... that seems to be the inherent in software development.

@espenmn not really, the Slate block might be one of the most complex blocks out there. Same for the grid ones (a block that handles other blocks inside and its layout).

The basic structure of a block is much more simpler:
https://docs.voltocms.com/blocks/anatomy/
https://training.plone.org/5/voltohandson/introtoblocks.html#blocks-anatomy