I worked for Logo Computer Systems Inc. in the summer of 1983 and then 1984-1985. I found out 3 or 4 years ago that one well-known Plonista learned to program using the LOGO language, and just now found out that another Plonista was introduced to computers using LOGO. The identities of these two will remain unrevealed by me, to protect the innocent

At the Plone Symposium Midwest 2014 I invited Brian Silverman (founder of LCSI) to come give a keynote: http://2014.plonesymp.org/keynotes

...and there is a connection to the MIT Media Lab, where he studied and we held the 2016 Plone conference...

I'm curious who else in the Plone world learned LOGO...

The youngsters of the Plone world..my life started with a PET 2001

I started on a second hand commodore 64 which we connected to our TV. My first language was BASIC. 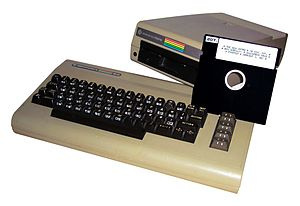 Not that I'm not interested in what your first computers and language(s) were, but I'm particularly interested here in our connection to LOGO...

We did a short course on Logo in my comp sci degree at Rhodes University in
South Africa in 1983. Pen up, pen down! It was great fun seeing one's
algorithms appear on paper.

i too wrote my first code using logo in a computer science class in school.
(i drawed and animated a boat with "Row, Row, Row Your Boat" as background music

so there seems to be a pattern @tkimnguyen !