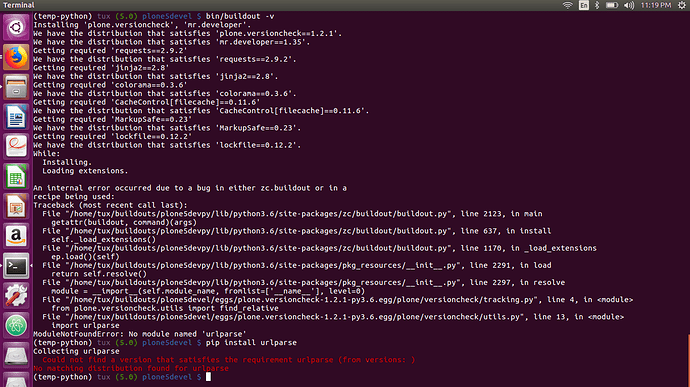 I am getting this error, I even made an env with python 2.7.. Can someone help me?

The traceback shows that you are actually using Python 3.6 instead of 2.7, which is the problem.

thanks for the reply!
what should i do?
i already tried a temporary env using - virtualenv -p /usr/bin/python2.7 --distribute temp-python
But it doesn't seem to be working.

Are you sure you've activated the right virtualenv? (Check by running "python" and checking what version it is.) Are you sure that you bootstrapped your buildout using that python? (Check by looking at the first line of the "bin/buildout" script to make sure it refers to the right Python.) 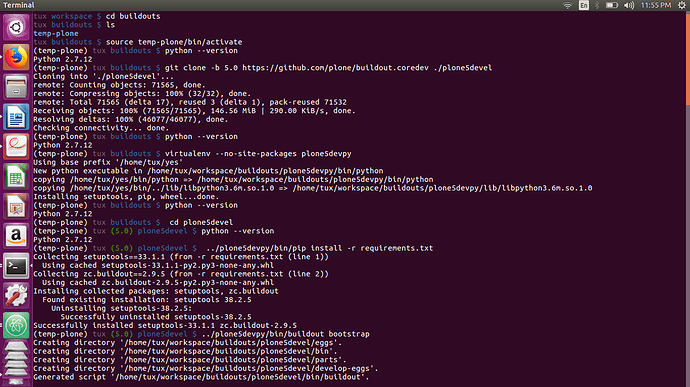 I activated the right env and checked the version and ran “python” - resulting in 2.7, but it somehow still uses python3.

When you ran virtualenv to create the plone5devpy environment, I think it used a globally installed virtualenv that was installed using Python 3.6.

Try being explicit about which Python to use for the new virtualenv:

One way to roll is to fall back to setuptools 33.1.1 and go the oldfashioned way about it:

This will not enable you to go forwards to stuff like using wheels with buildout, but should get you onwards onto more productive things than just fighting with the dev environment setup.

thanks for answering! it's working.