GraphQL is still a thing and I would love to see that as a GSoC project.

I would also love to see an updated/enhanced theming editor. @b4oshany got a great start to it but as far as I know it has not gotten finished.

I can't mentor these, but someone could look over CastleCMS (repo, overview) features and decide that one or two of them would be great to have in Plone.

There used to be a super-powerful (and therefore also slightly dangerous, but hey that's powertools for you. If they're any good, you should be able to cut your fingers with it...) add-on called 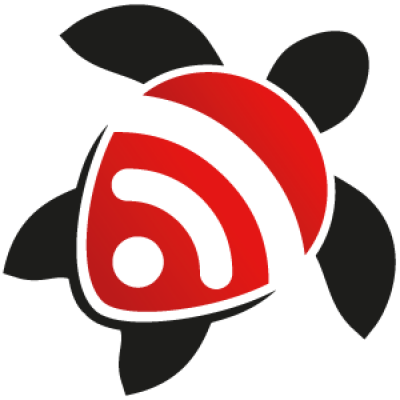 Lol... A very pleasant call to action. Yes, it wasn't finished. It was around 78% completed. I'm slowly creepingly working on it. However, I don't mind being one of the mentors for it, especially if I'm not going to be able to contribute to its completion entirely. I will write up my proposal for it and post it when I'm done.

Here are my ideas:

These are more than only 2 cents, but i don't care, it's a brainstorming

I'm not sure GraphQL would be too difficult and it might provide a lot of value.

I'd be interested in working out an implementation to supplement plone.restapi/guillotina.

GatsbyJS is still a thing. After GSOC 2018 we have solid foundation to continue:

@ajayns probably has more ideas. "Instant updates/preview" would probably alone be a big enough for GSOC.

@ebrehault and I started working on Plone.io, which would be a showcase for headless Plone. It would include the ability for someone to read all about how to use Plone with its RESTAPI and a frontend like Angular or React, then create an account to provision a small backend Plone site with everything they needed to start building an app (desktop and mobile). It’s not a hardcore programming project but it does involve a lot of coding and setup and integration, plus documentation and UI/UX.

We still need to have a Plone installer for Windows. We have what @kyleArthurs created and @smcmahon may have gotten the unified installer to work on Windows. So it might need some work but will need packaging and documentation and perhaps a long term process for keeping it working even as we continue to release new versions of Plone.

There is a lot of work to do in our documentation, finding and dealing with broken links, integrating discombobulated external docs into our own, figuring out a framework for deciding where to put things (in training vs docs), removing out of date content, identifying missing content.

2 posts were split to a new topic: MEAN stack projects?

Plone.io, which would be a showcase for headless Plone.

Also leave a hint there it'd be a pretty good backend for a native mobile app too. Dexterity is better than Firebase.

Also leave a hint there it'd be a pretty good backend for a native mobile app too. Dexterity is better than Firebase.

Yup, I guess I should have been clearer that "app" means "desktop app and mobile app"! Now clarified in my response above.

So I'm seeing a lot of really good ideas in here. I suggest these next steps:

The application period for organizations begins on the 15th of January (four days from now) and applications are due on February 6th. I will include in our project application any projects that have solid proposals with listed mentors by Feb 1st. That gives me the weekend before the due date to get the projects formatted for listing.

As @polyester noted above, the awarding of slots is determined by the number of projects we list and the available pool of mentors, so the more projects and mentors we have, the more slots we may be awarded. Ideally every project should have three members for the mentoring team. One is the "project owner" who plays the role of stakeholder and reviews work in progress in light of the overall goals of the project. The other two are the primary and backup mentors. We used this organization last year and it was quite successful.

Keep up the great work folks. I'm liking what I'm seeing so far!

Thanks to @tkimnguyen, we have a very nice form for submitting Ideas. Please, as you come up with solid ideas, fill out the form and submit it. Please also make sure that there are listed mentors and a stakeholder.

So sorry, perhaps I'm a bit late here, but a cool idea for a GSOC project, is
to integrate the gutenberg editor into plone. Thought there is already an integration
with Drupal, but anyway, is a game changer on the cms land.