Now, we want to make the site Multilingual.

What is the best approach when installing alone.app.multilingua

Do I move all folders and content to the 'no' folder and just translate it from there?

Anything else I should think of / test before I start ?

As always make a backup before

When you install pam, the only thing that is done for you is the setup of the language folders and this happens when you configure the languages within the control panel.

From then on you have to move your content manually to the language root of choice and start translating. You can also link objects later as you need them. There also is no canonical language folder anymore, all language items are "equal".

There is nice documentation at https://docs.plone.org/external/plone.app.multilingual/README.html

You can also link objects later as you need them

I'm not grasping what you mean by this. 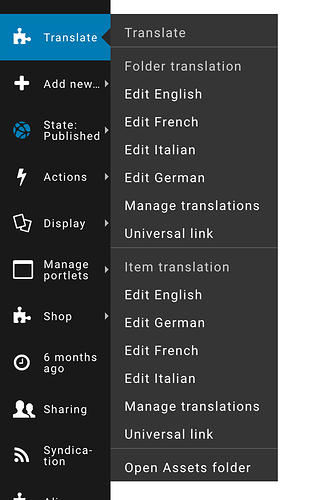 In that overview you see what's already translated or not. Use the link/unlink icon to connect the language version of your choice. 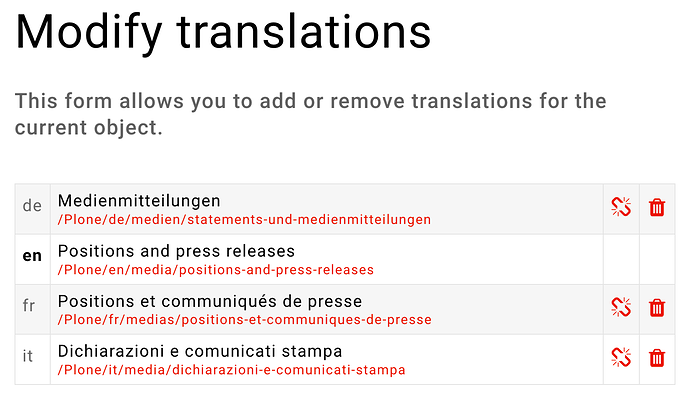 I ran into activating plone.app.multilingual issues myself yesterday. Once you install p.a.multilingual add'on, it hooks into changes you make to the available languages in the languages control panel and tries to fix/set up things automatically.

That didn't work out for me, maybe because I had already selected 2 languages in the control panel before I installed the p.a.multilingual add'o in the site . So I removed the second language, re-added it again, added a third language to get rid of the second one I actually wanted without ending up with one language. etc. etc. But I still ended up with a FrankenLingual setup.

What I had to check/set up manually and I assume p.a.multilingual does for you if you stick to the right(tm) order, whatever that may be: