I wanted to have all images added to root folder moved to 'Images' folder, so I added a content rule:
(If content type 'Image', move to folder 'Images'.

This is not working.
Is there a difference between folders and 'site folder'?
Are the content rules supposed to work here ?

do the same rule work on a subfolder?

Can you reproduce in http://demo.plone.de/? I couldn't. Beware if you're using a multilingual site that the rule must be applied to root and all subfolders or specifically to each language root (e.g. /en/).

My site is not multilingual.
On demo.plone.de, the same thing happens

I adde a rule (move image to folder)
I add the rule to the root folder
The image is not moved. 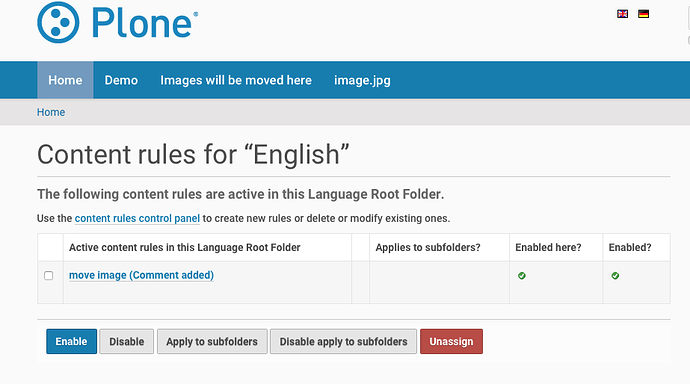 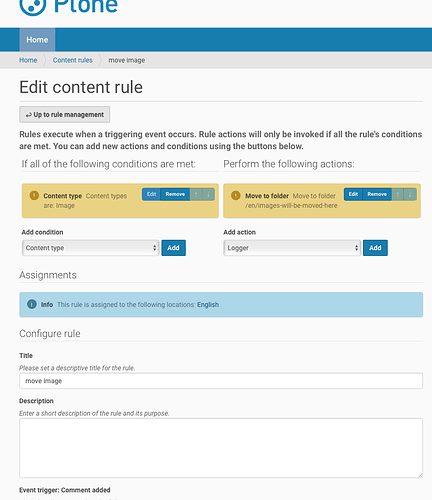 From your screenshot you're registering the trigger as Comment added. You should go with Object added to this container since an added comment will never be of type Image.

Hi.. I just noticed it (was not as easy to spot in Norwegian, but still at bit embarrassing

No worries, this UI has indeed changed a bit since Plone 4.