Call for translators for Plone 6

Everyone is working hard on getting Plone 6 ready and we think that it is time to think also on translating Plone 6 interfaces!

Most of the Plone Classic is already translated. Not many things have changed since Plone 5.2 so the translation status of version 6 is more or less the same as in 5.2. So far so good.

But we need an effort to get Volto translations. Right now we only have translations for 9 languages and only 3 of them are above the 90% translated (ca, de and pt-br).

We have several nightly-run Jenkins jobs to check the translation status:

This post is then to do a heads up and encourage translators to translate Plone 6's UIs (classic and Volto) into their language.

Some weeks ago we started a thread here to know whether the community wants to move to a web based translation tool. Due to the lack of response (we only had 6 votes), we have decided to let the translation process as it is and to keep working on PO files on github.

The translation process is as follows:

We will review it and include it in the next Volto release!

Hi! I added recently some changes, are they ok? Thanks!

I see your commits there, so yes, they will be published in the next alpha release! 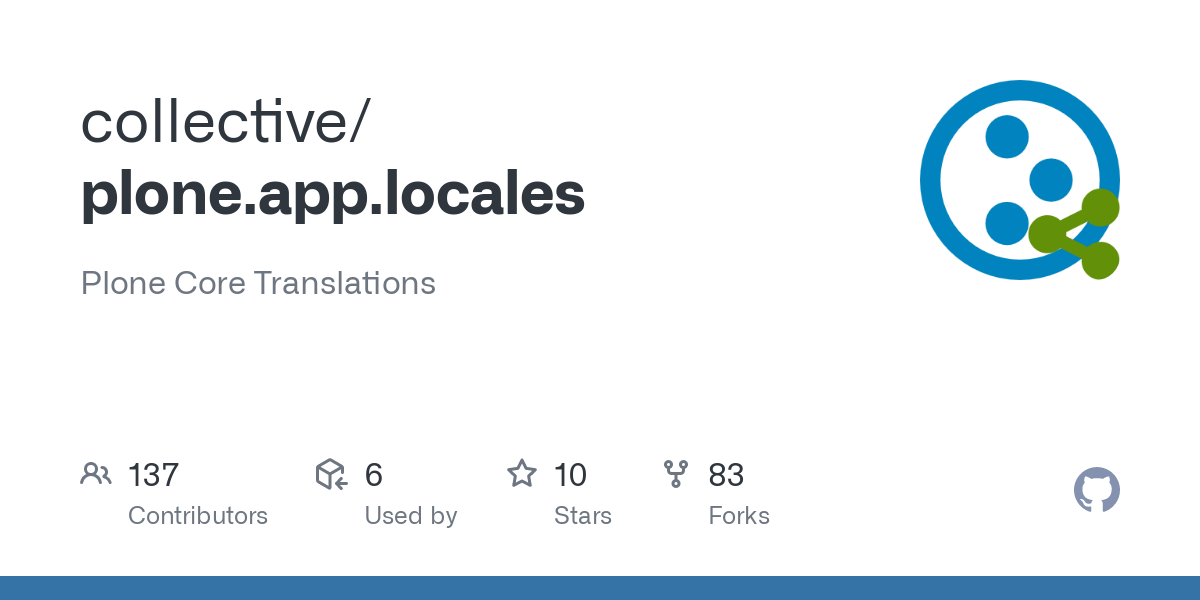 Plone Core Translations. Contribute to collective/plone.app.locales development by creating an account on GitHub.