When a fresh Plone 5.2 site is created with French detected as main language, the default time zone is the Berlin's one. Okay, it is the same as Paris' one but Paris would probably make more sense.

Please file an issue at https://github.com/plone/Products.CMFPlone/issues

Why would Paris be a better default than Berlin? In the end it's the same time zone...so why does this matter in reality?

Suppose a French people who is about creating a new Plone site, the automatically selected language being French (maybe because of the locale LANG=fr_FR.UTF-8 on his machine). If he doesn't know Berlin and Paris share the same time zone, he certainly will go through the time zone drop down list in order to select Paris and that's less handy than if Paris would have been automatically selected.

so why does this matter in reality

Given the possibility of the end of DST in Europe (as already planned) and the possibility that in future there will be a difference between France and Germany ... well, very hypothetical, because its not likely this happens due to economic reasons. But as you see, time zones matter. They may change.

Another reason: If you work with historical dates, the offsets/DST-handling in past was different.

is created with French detected as main language,

Is it possible that you mix up thing here?

The language you select has nothing to do with the time zone. What did you select when you added the site?

PS: I think it would be great if 'English' was the default when adding a new site, instead of Abkhasian… since removing that language brakes stuff later (and it is impossible to find since 'the alphabet changes' and the spelling looks different).
( Abkhasia-region in Georgia is occupied by Russia so I dont know which alphabet the language uses. ) 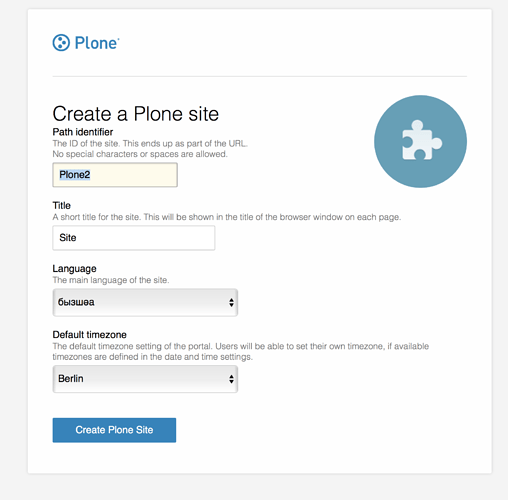 What did you select when you added the site?

When I arrived at the root page of the Zope instance (e.g. http://localhost:8083/), the content was already in French and after I clicked on the "Créer un nouveau site Plone" (i.e. "Create a new Plone Site") button, I arrived at the page below (in French) where were automatically selected:

Aside remark: I'm not sure what made Plone aware of my default language. If it is derived it from the locale of my computer (LANG=fr_FR.UTF-8), it could be nice for it to derive the time zone from LC_TIME. Hence for a computer of a French Canadian user with LANG=fr_CA.UTF-8 and LC_TIME="fr_CA.UTF-8", Plone would select automatically: 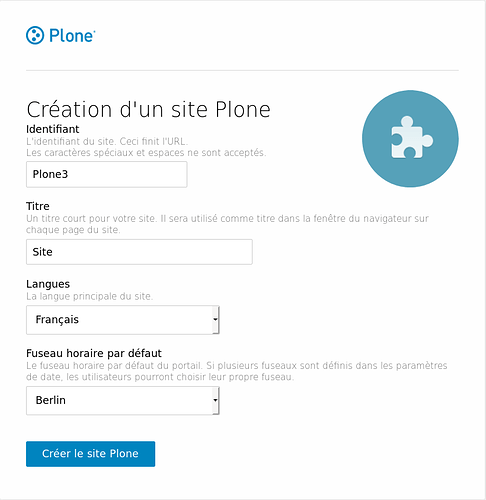 I arrived at the page below (in French) where were automatically selected:

Then you can select Timezone before clicking 'Create Plone site'.

Side note: When I add a new Plone site on my Mac laptop it does not know which language is default and the fallback is 'Abkhasian'. The fallback (default) for the time zone seems to be Berlin (because I get the same). 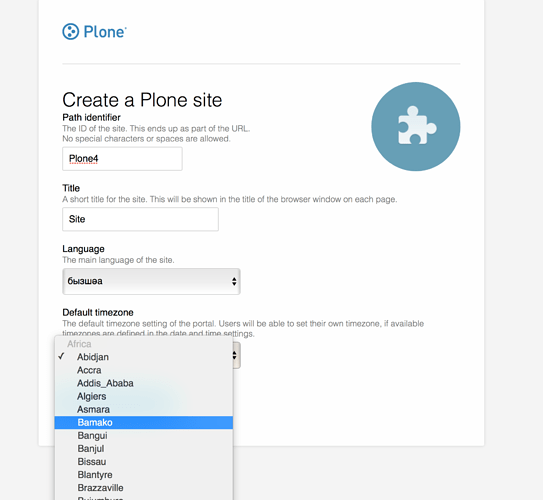 Then you can select Timezone before clicking 'Create Plone site'.

I don't see where it can be selected on the default page.

On the "Adanced" one (http://localhost:8083/@@plone-addsite?site_id=Plone3&advanced=1), okay it is possible (see below) but it's all the same from the time zone point of view: I have to select Paris instead of Berlin. 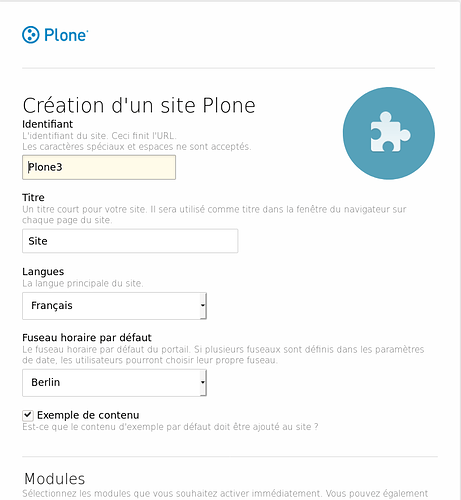