Thanks to @tomgross (and Tres, of course), there's now a documented way to run Plone with WSGI with your favourite WSGI compatible web server:

But for me, it's hard to see real benefits from it. Prove me wrong. Why should we run Plone with WSGI instead of Medusa?

But is it good enough? What does it add featurewise?

For example, I'd be interested in implementing various plone.transformchain adapters as WSGI middlewares, but unless those could be made asynchronous, they would not add much alone.

With Medusa, I could refactor most of those (all without too much ZODB access) to be executed after ZPublisher so that they would free zope workers to handle following requests (and save memory by serving more request with a single instance). How to do that with WSGI?

How do things like pyramid do it? I'm pretty sure they can pass off an iterator that is non-blocking.

Other filters in the pipeline would just need to know that they need to pass the request on and not do anything with it.

How do things like pyramid do it? I'm pretty sure they can pass off an iterator that is non-blocking.

They have an adapted version of Pyramid compatible with async WSGI. Yet, we cannot make Plone fully async, because we need to control the amount of open ZODB connections (to optimize caching memory usage).

Probably we could use semaphores to on async WSGI to allow only 1-2 request at time to call ZPublisher, but then execute all transform code async.

Yet, we cannot make Plone fully async, because we need to control the amount of open ZODB connections (to optimize caching memory usage).

Well, maybe with fully externalized catalog, it would be OK with smaller ZODB cache and it would be OK to have like 10 simultaneous async request, each with their own ZODB connection.

WSGI just replaces ZServer, right?
So could we say 'use 2 workers' with '2 threads' or something like that?

@jaroel Yes. But you have to be careful to not allow more simultaneous requests than you like to have active ZODB connections in connection pool (with caching).

I was wrong about Zope WSGI publisher not having support for blob stream iterators. It has (so it returns filehandle like iterable through WSGI pipeline, which could be streamed with its own without db connection). Now have to check how they behave and will returning an iterator allow WSGI server to process another request.

Sure, that's the same as we have now

And cap the number of connections with haproxy.

What this make possible is that the IT department is responsible for the actual servers and we just have to provide an .wsgi file!

And cap the number of connections with haproxy.

How does haproxy handle blobs? I've believed that non-blocking blob streaming is a important.

The answer is not well. Haproxy will block until the connection is closed which underutilized the zope streaming support. You can set haproxy to have higher connections than zope threads but its not an ideal solution because if you have some CPU intensive requests then it can mean other requests might be queued in zope when they could have been handled elsewhere.
I did discuss this issue with the author of haproxy. I suggested a feature where you could set it to send new requests on first byte rather than connection close. He thought it was not common enough to support however.
For now I use c.xsendfile which works well except for scaled.images.
I'd be interested if anyone has another solution to this problem. Perhaps another load balncer? I know zope corp was working on a new one.

I'm still not really sure, how blob streaming works with WSGI, but benchmarking looks like it doesn't really matter. Single thread ZServer (with async medusa for blobs) and single thread GUnicorn have similar berformance for downloading a blob:

Here is perhaps one reason WSGI might be a good idea. 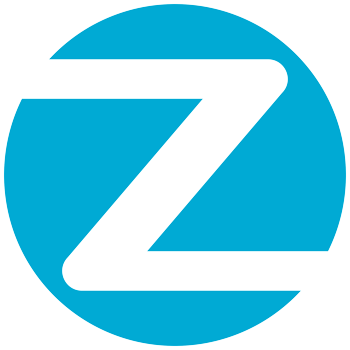 Contribute to zopefoundation/zc.resumelb development by creating an account on GitHub.


I'm not 100% sure I understand it but I believe it lets you dynamically adjust which works get which kind of requests by giving periodic feedback to the load balancer. You could for instance start telling the lb about frequent large blob requests making sure one instance gets them most often.
It's low on documentation though so it doesn't say how it handles when to send the next request.