Some of our Plone sites are treated as sub sites of a larger site. As such, we need to rename the "Home" text for the top node on the site. As far as I can tell, we will need to create a new portlet that subclasses the current navigation one. I'm a bit surprised this isn't already configurable in some way. Would this be something that would be better done as a PLIP or is our use case too unique and we should just develop our own nav portlet? Or are we doing something wrong?

Other ideas I've suggested that have been rejected:

I'm a bit surprised this isn't already configurable in some way.

Are you using lineage? It should works as you want, I think:

Turns subfolders of a Plone site to appear as autonomous Plone sites - collective/collective.lineage 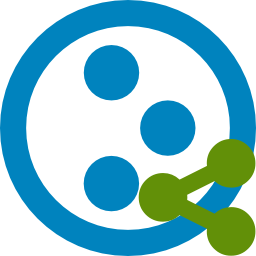 I have never used lineage but it sounds like we actually want the inverse? Our entire Plone site is behaving as a subsite for something else.

Isn't the home tab as first item in the portal_tabs coming from an entry in portal_actions? You can edit them in the plone control panel since Plone 5.2 IIRC.

If you have multiple navigation roots in your Plone site then this might be a problem to individually name them and then you will need Lineage, which turbo boosts the NavigationRoot by remapping/overlaying a lot of other Plone site settings for the invidual subsite. But as you write you want the inverse and just edit the 'Home' once.

That is for the menu, not for the portlet.
For the (top)menu, 'everything' can be customised.

For the navigation portlet (in left or right or bottom portlet managers) you can customize the text but not the link.
It is very easy to subclass and edit it, though. This has been discussed here (in this forum), so try googling it.

It is very easy to subclass and edit it, though.

It is, with the downside that we would now have technical debt where we have to review it on subsequent Plone upgrades. Thus my question, if wanting to change the text here is not wrong headed maybe it makes more sense to bake this option into Plone itself. I was not able to find any discussion along these lines, if anyone has a link to former discussion on this I would appreciate it.

we have to review it on subsequent Plone upgrades

True, but you could keep the class(.py) and just override the template(.pt) which probably changes less often (?).

If you dont want to do this, maybe you could 'fake it'?

At least, visually, it will look 'the same'

Add a 'text-portlet' (or a custom portlet) and just style it so it looks like it is part of the portlet (use the same classes, maybe and remove the margins between the portlets) with CSS.

I like this idea a lot, a quick test here is really promising. Thanks!