Would we be able to get a 5.0.1 release soon? Anything holding it up that I could help with?

I've seen some bugs/regressions reported on CMFPlone that would be cool to get fixed before releasing.

So basically I would triage all the bugs/regressions (links below) and reassign the really important ones to 5.0.1 milestone (I just created it). 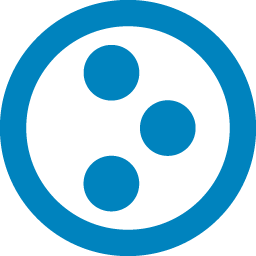 Once we have a better idea on what really needs to be fixed then we can do the final release.

This one for example looks important enough to be fixed before 5.0.1: https://github.com/plone/Products.CMFPlone/issues/1244

Open question though, this triaging should be responsibility of of the framework team or the release team?

What ever on open bugs is left, there were so many issues fixed that a 5.0.1 release is a really good idea.
We may want to look at some of the open bugs before. I propose to add a 5.0.2 milestone and move all issues over there we think are not fixed soon and are not critical.

Any takers for fixing bugs? There are some really low hanging fruits around. I'am happy to review and merge!

I agree. Better to release early and often. Don't need to hold up all these fixes being released.

We will always be on this treadmill

so might as well let non-coredev users benefit from all the fixes so far!

+1. JS Stubs and thumbs in all listings alone justify it imo.

+1. Release early and often. We now have the infrastructure to make more frequent releases and we should do so...

Sounds like we more-or-less are in agreement to make a release. Can I help make this happen?

Family stuff keeps getting in the way, though that should be improving very soon. I'll try to block out some time this weekend to get it finished up.

Thanks, that's what I was looking for, I'm totally +1 on release early release often, just that I wanted to have a clear plan and idea on how to proceed on it

So if anyone is merging pull requests, please check if the package you are merging is still in checkouts.cfg of coredev. It might have been there five minutes ago but not anymore.